Its been a delight and a pleasure creating a responsive website on behalf of the Lincoln Film Society – http://www.lincolnfilmsociety.com

Each year, the Lincoln Film Society organises a programme of 26 films from the best of contemporary world cinema, a great majority of which have been released within the previous 12 months. The films are shown on Fridays at 7.30pm (unless otherwise stated on their website) at The Venue Theatre, Bishop Grosseteste University, Newport, Lincoln, LN1 3DY

Drive By Websites was interested to hear that the patron of the Lincoln Film Society is the award-winning actor Jim Broadbent. 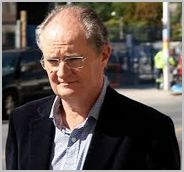 Lincoln Film Society is run by volunteers and is a not-for-profit organisation and is also a membership society because they operate under a non-theatrical licence. The terms of such a licence mean that they cannot show films ‘to the general public’, only to members.  For more information in respect of membership please visit http://www.lincolnfilmsociety.com